Melai Cantiveros-Francisco is the new brand ambassador of Adobo Connection 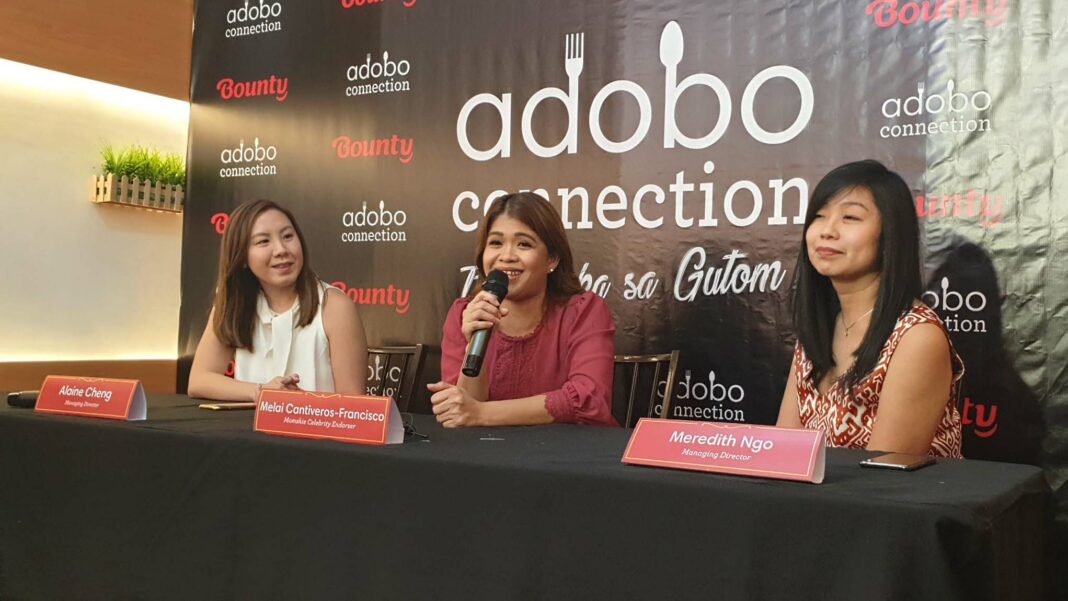 Melai Cantiveros-Francisco is the new brand ambassador of Adobo Connection

With its dedication to making every Filipino feel at home in all its stores, Adobo Connection has chosen “momshie” and TV host Melai Cantiveros to be its first-ever brand ambassador. A launching event was held today at SM North EDSA.

Meredith Ngo, Adobo Connection’s Managing Director says, “We’re really proud to announce the first-ever brand ambassador/franchisee of Adobo Connection, Melai, who embodies what a true Filipino mom is – yung maalaga sa pamilya and may malasakit. Similar to our brand statement, we want our customers to feel at home and remember their mom’s cooking every time they enter our store.”

Recognizing that Adobo Connection is deeply ingrained in Filipinos’ lives, Melai had also taken things one step further and decided to invest in an Adobo Connection franchise. This was to ensure not only her family’s financial stability but also because she loves seeing people enjoy Adobo Connection’s offerings.

Admitting she did not know much about running a business, Melai also found Adobo Connection’s support and commitment to its franchisees truly reassuring.