Someone’s Overtalking? Here’s How You Can Turn The Table For Better Dialogues 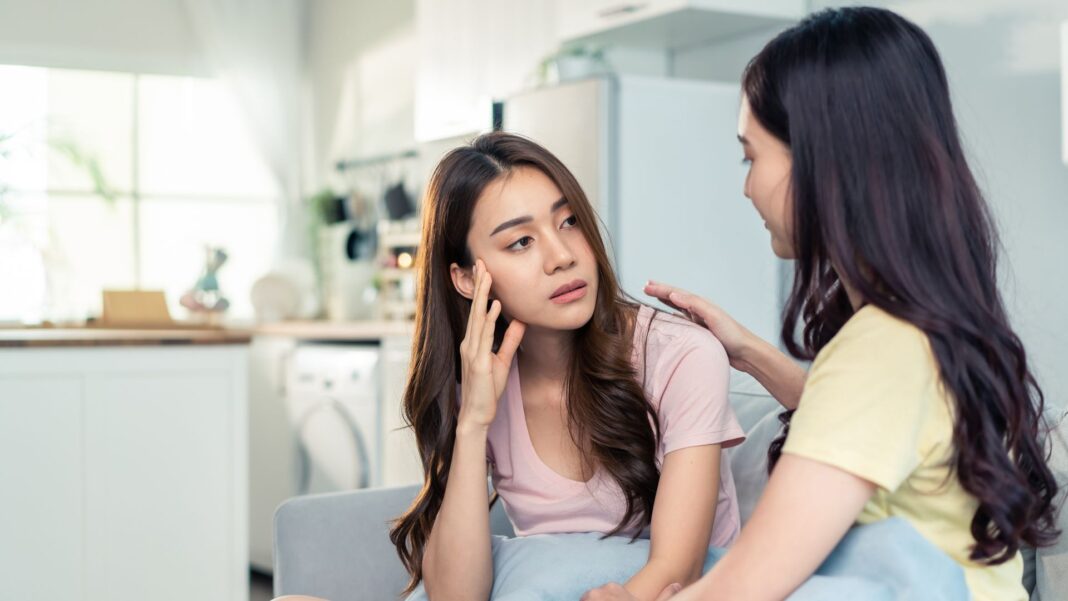 Someone’s Overtalking? Here’s How You Can Turn The Table For Better Dialogues

We all know someone who can monopolize the conversation almost always. Whether dyadic, in a group, or in mass gatherings, they always have something to say—a lot to say. While we can manage these situations from time to time, there are times when it gets uncomfortable.

There are various reasons why people tend to talk too much. If you listen closely, you’ll know the reason. From being plain, self-absorbed or trying to deal with strange situations, there are various reasons why people talk excessively. Whatever it is, you know you have to do something fast about overtaking before it ruins the fun for you and the other people in your group.

When the conversation becomes monopolized, and you can’t insert your ideas or words, or when it’s already evident that other people, including yourself, are uncomfortable, it needs to stop.

However, rash actions might make the situation worse. Don’t just cut off and say something snarky or triggering. Calm yourself down, listen and plan how you’ll take positive action towards the situation.

Try these steps to turn a monologue into a more enjoyable dialogue without someone monopolizing the conversation.

Listen. Listen not only to what the other person is saying. Try to pick out different things, like how the words were structured or how the person delivered their speech. Look at their body language. Formulate an idea inside your head. Is this person boasting and looking for attention? Is this an action to get admiration? Or is the person simply excited to talk with you or the group again?

You need to understand the other person so you can formulate a plan on how you can tap into the conversation.

When you properly understand why they’re overtalking, don’t jump into the conversation immediately and point out that they’re dominating the dialogue. The other person might feel ashamed and bad afterward. When the person pauses, take the opportunity to ask if you or someone from the group can share your thoughts, too.

Ask politely. If the other person doesn’t back down, try body language like tapping on their shoulders. This will get their attention and make them pause to look at you. Take advantage of that and share something that flows with the theme of the conversation so it doesn’t look like a deliberate cut-off.

If you get the chance to speak, try to add your own experience or relate something to their topic so you can direct the conversation slowly into another agenda other than that person’s life story.

Not everyone can likely speak if the conversation is happening within a large group. You will find it harder to direct the conversation in a larger group. Try breaking off from the circle. Notify the other people besides you that you’re off to do something different, like going to the bathroom or checking something in your car. By doing so, you’re not being rude for leaving.

Sometimes, others don’t realize they’re overreacting because of pressure or too much excitement. If some people in that circle slowly leave the conversation, those who keep talking might recognize that they’re overdoing it and slowly return to their senses.

Breaking off from the group is also a way to let yourself enjoy the social gathering. Find a smaller circle where you can contribute something to the dialogue. In smaller conversations, you can face each other, and it will be easier to talk.

4. Take the status off

Don’t put leader status on someone. Whether you’re in a two-way conversation, a small group, or a large crowd, avoid labeling someone as the leader of the conversation. Other people might talk excessively because they think they’re higher in status or their expertise aligns with the topic.

If an expert starts going off in the conversation to the point it becomes hard for you to keep up, try to break that status off. Like the second step, slowly enter into the conversation and shift the subject by sharing something related to their expertise but more relatable for you and the others in a circle.

Excessive talking is the most annoying when it becomes redundant or the topic is repeated again and again. Other speakers have this unintentional habit of not knowing what to share and when to share, so they keep going back and forth. Try to reassure the person that you understand what they said and that they can now move on to a new subject.

Another thing that lengthens the talk is when you keep repeating the patterns. Some excessive talkers are expert speakers who know how to dominate the conversation to achieve a particular reaction. They will observe the pattern around them. What pattern? Your body and reaction pattern.

If you keep nodding and smiling when they’re talking, it boosts your ego and theirs to continue because they think you’re enjoying yourself. Sometimes, they even take your disinterest as a way to speak more to gain your approval.

Rather than interrupting and causing a stir, try to reduce your body and reaction pattern. Stop agreeing to everything that person says, say nothing, and put up a neutral expression.

I know, it’s not nice to cut someone off. But, if you feel like you’ve done everything you can and the person is too self-absorbed, then cut it off. For our own sake, we should know what we can fix and what should be stopped.

Be direct with the person. Share how you feel about the conversation being monopolized and how it’s affecting you. Ask for equal time and a chance to be heard. Try to propose a new way of how the conversation should work and if they continue overtalking, then be assertive and finish what you’re saying.

Dialogues monopolized by one to two people are not new to all of us. However, you don’t want to shut down someone as it will not end well. Try to use positive reinforcement in ways that restore the balance of the conversation.

While it may annoy you, put yourself in the other person’s place. They may be stressed and need an outlet to vent, or they may be experiencing something in their career or relationship. After the conversation, a good tip is to ask the person about their day again before saying your goodbyes.

Find out more about these stories at http://thephilippinepost.com or you can visit http://thevisayasjournal.com/ for the latest news and updates.